Corvid19 virus pandemic. The country is now in legally enforced isolation. Wecannot plan any events at present. I was hoping to list events where Davey would be present, but I think all such mass meeting events will be cancelled this summer 2020.  The West Somerset Railway Rally and Somerset County ShowI had hoped to go to but there is no positive news on these shows yet.

Book 4  matches the format of the previous three books and is "Davey and the Big Red Machine". Once again the charming illustrations by Mary Oldham bring the storey to life. The story like books 1 to 3 are based on true events.

Hi Alan,
Just a thankyou note for all your work in sending the books (to Australia) etc. They arrived a couple of weeks ago though haven’t had a chance to read them to all the grand kids yet. More inside time when the weather gets colder. If you ever bring out more Davey books please let me know. I’ll always be  David Brown fan for sure.
Thanks again for your help, Cheers, David J.

"Davey to the Rescue"

I like this story even more than Waking up Davey. The expressions on the tractors are so convincing.

Lots to see in the illustrations. 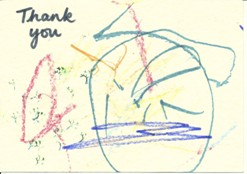 Characters Within The Book

A 1942 Standard Fordson tractor or Fordson N. He will appear in future stories

A lightweight winch for Davey

One of Davey’s implements. Lovely story around him and potatoes. It will be told in future stories.

He got Davey going again and mended Colin.

26 acres of lovely deciduous woodland, with fine trees and lots of wildlife. Birds sing their hearts out at dawn.

All live in West Somerset, with Exmoor nearby and the most beautiful landscapes in the West Country. The little port town of Watchet is nearby and has the West Somerset Railway station, statues of The Ancient Mariner and “Yankey Jack”. Yankey Jack was famous for his sea shanties.